Is sugar more harmful than drugs? 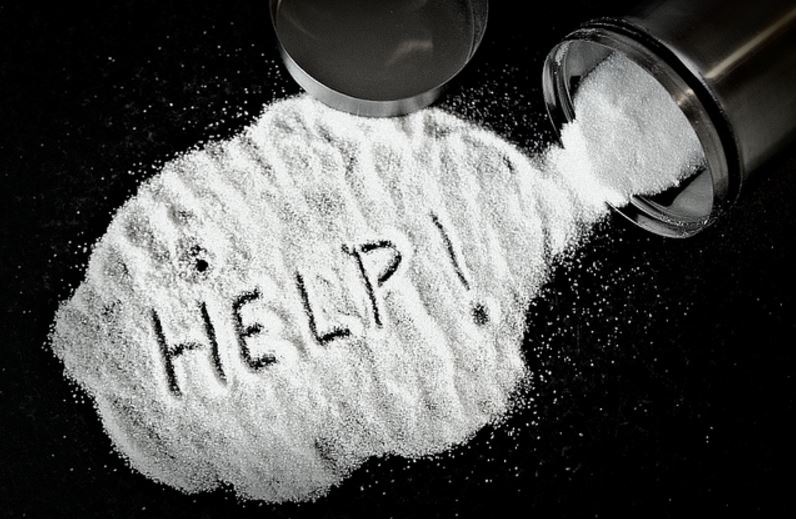 The white crystalline substance we know of as sugar is an unnatural substance produced by industrial processes (mostly from sugar cane or sugar beets). It is made by refining it down to pure sucrose (sugar). Interestingly, the raw material that is extracted from the plant does have some vitamins, minerals, proteins, enzymes and other beneficial nutrients. However, during the man-made processing, these are all stripped away to just leave the basic concentrated substance called sucrose. Is sugar poison? The human body can’t easily handle this unnatural substance. This is especially so in the rather large quantities that is now commonly eaten in today’s society. Sugar is addictive. Did you know that the average American now consumes approximately 115 lbs. of sugar per year. This is every man, woman and child on average. This is quite staggering. A few hundred years ago this product didn’t exist and the human body did not come across sucrose in large quantities. The Sugar versus Drugs Controversy Drugs and other narcotics bring absolute devastation to the lives they

touch. This can be in the form of crime, violence, pain and the individual trauma that it can have on a person’s body. sugar and drugsAs widespread as the drug problem is, in reality it still badly affects only a relative minority of most societies. Even though this effect is usually catastrophic. It has controversially been stated that the use of sugar in such large quantities has a much bigger impact on more people’s lives than harmful drugs. Whilst we think this may have made headline news to create more publicity about the harmful affects of too much sugar, it may have some basis in truth if you look at the big picture. We think the facts about excess sugar consumption should not be compared to the harm drugs do. The facts about sugar should just be disclosed on their own merits which are already shocking enough. I guess writers were simply trying to get people to realise the impact sugar has by using these shock tactics. Is Sugar More Harmful to Society than Drugs? Anyway, here is why reports suggest that sugar does more damage than any other poison, drug or narcotic: (1) It is considered a “food” and ingested in such massive quantities, and (2) The damaging effects begin early, from the day a baby is born and is fed sugar in its formula. Even mothers milk is contaminated with it if the mother eats sugar, and (3) Practically 95% of people are addicted to it to some degree or other. Too Much Sugar is Eaten Today Question: At what point does a substance that can be good for us, actually become harmful? Answer: In simple terms – the Quantity consumed. To try to explain this, here is a dramatic illustration of what this means: Most of us realise that the venom of a rattlesnake, a cobra, water moccasin, coral, and other venomous snakes can be deadly to the human body. In fact there are some snakes whose bite is so deadly it can cause death within a matter of seconds. Nevertheless, even snake venom, deadly as it is, has been used for therapeutic, medical purposes when used in very tiny quantities. The same has occurred with many chemicals over the years including arsenic and mercury etc. This is because: In small quantities, some chemicals act as a stimulant. A slightly larger amount becomes a sedative. A larger quantity becomes a poison and can kill you. So think about where sugar may fall on the above scale of quantity consumed… The History of Sugar Sugar had been around in small quantities for several thousand years. However, it was practically unknown and formed an insignificant part of the average diet in the Classical civilizations of Egypt, Greece and Rome. The Greeks (who had a word for nearly everything) did not even have a word for sugar. Even in medieval Europe it was practically unknown and then only a rare delicacy in the royal courts. During the last major Crusade that ended in 1204 some of the Christian Crusaders were introduced to the sugar used by the Saracens. The Moors when invading and colonizing the southern part of Spain grew sugar cane on Spanish soil and refined sugar. When Spain drove out the Moors, it inherited some of the sugarcane plantations. It was during this time that Christendom took its first big bite of the forbidden fruit and liked it. Then sugar plantations were created and it’s history become deeply and shamefully entwined with the slave trade… Sugar is an unnatural chemical like heroin Why is it that sugar can be so devastating to our health? One reason is that it is pure chemical and by refining, it has been stripped of all the natural food nutrition that it originally had in the plant itself. Interestingly, heroin and sugar are arrived at by very similar processes of refinement. In producing heroin, the opium is first extracted from the poppy. The opium is then refined into morphine.

The “mad” chemists then went to work on morphine and further refined it into heroin. At the time they proclaimed they had “discovered” a wonderful new pain-killer that was non-addictive. If only they knew… Similarly, sugar is first pressed as a juice from the cane (or beet) and refined into molasses. Then it is refined into brown sugar, and finally into white crystals (with the chemical formula ). At this point it is an alien chemical to the human system.

The reason it is a big problem:- Sugar is addictive

A second reason that sugar is so harmful is that like heroin it is very addictive. Because it is so delectable and seductive to the taste, it is also habit forming. Unfortunately many people start with sugar in baby formula, and so people not only develop a strong taste for sugar but an insatiable craving for it. So much so, that they never seem to get enough of this poison. Because sugar supplies so many empty, non-nutritious calories, the body is never really satisfied. So the body never gets the basic all-round nutrition that it needs. So more sugar is craved and consumed! Even more unfortunate is the fact that a great deal of sugar that people consume is hidden within the foods they eat. Manufacturers add sugar to the most surprising of foods. This makes it taste “nicer” but it often camouflages the fact that the food is often “empty”. Slow but insidious damage A third reason is that the damage sugar does is slow and insidious. It can take years before it ruins your pancreas, your adrenal glands, or throws your whole endocrine system out of kilter. All of these contribute to a long list of damage. Blood sugar levels get thrown into turmoil and energy levels can become rather chaotic. This in turn can bring about mood swings and even bring about diabetes type 2. Many foods are loaded with hidden sugar A fourth reason that sugar is so harmful to the world, is the incredible amounts of sugar that civilized nations consume. Americans, in particular are often told how they are the best fed and best nourished people on the face of the earth. If we are talking about processed junk food – this is true. If you exam

ine the “foods” in any supermarket more closely and start reading labels, you will find a surprising amount of foods that contain sugar – and not just a little bit! Many, many foods are loaded with it – from cereals, to soups, to ketchup, to hotdogs. Even flue-cured tobacco can contain as much as 20% sugar by weight. Some cereals are as much as 50% sugar. It is actually a rather sad state of affairs. Click on this picture to see another site about hidden sugar in food: A Partial List of Possible Damage Just what damage can too much sugar do to the human body? The list is endless… When we talk about sugar, we are including bad nutrition as a whole, since anyone who indulges in too much sugar tends to also have bad dietary habits. Here’s the partial list: Some of the other effects of sugar on the body are: There are a number of books available on the subject, but perhaps one of the most interesting ones is “Sugar Blues” by William Dufty. It is available in most Health Food stores. So cut down on how much sugar you eat!